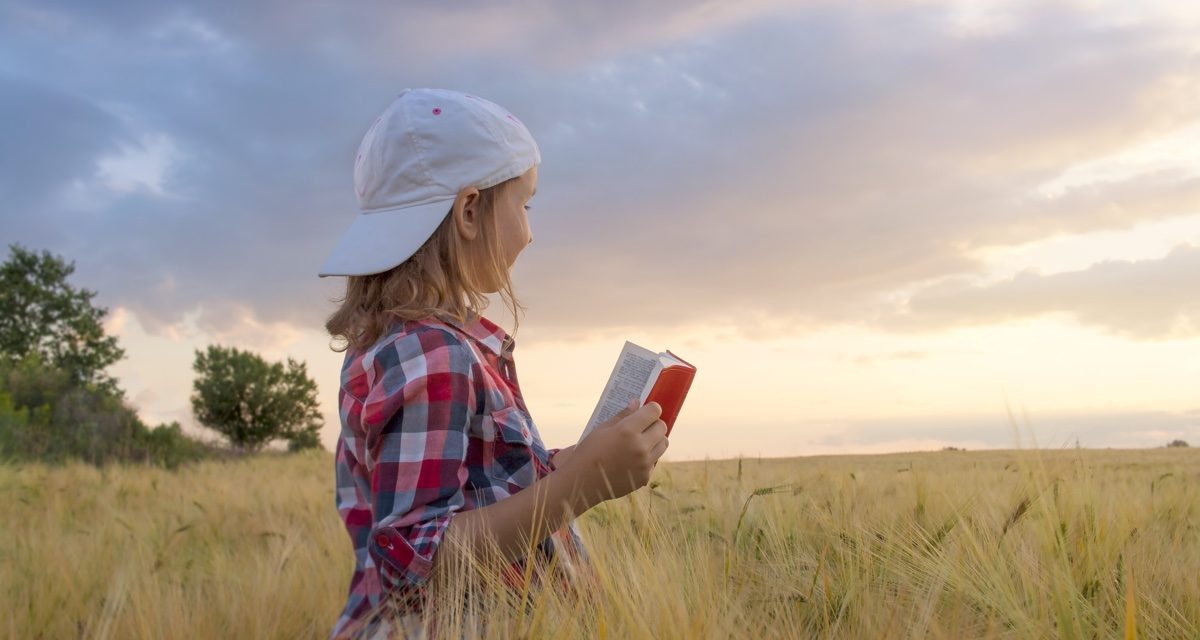 “EVERYONE IS RESPONSIBLE FOR HIS OWN FAITH, AND HE MUST SEE TO IT FOR HIMSELF THAT HE BELIEVES RIGHTLY.” –Martin Luther

Literacy in the West

From the start of the reformation in 1519, literacy rates across the West skyrocketed. See the interactive literacy rate chart at OurWorldData.org.

The Foundation of Human Civilization

It is astonishing to contemplate how central the role of priests was in the ancient world. Many of us remember our teachers drawing ‘social triangles’ on the board to help illustrate the hierarchy of ancient civilizations. At the bottom of the pyramid – the widest part – were the farmers. On the next level stood the craftsmen, then the nobles, and finally the king. Yet above all these were the priests, their position on the chart clearly indicating that they were not only the most influential members of society, but the bridge between heaven and earth as well.

The tremendous influence of the priestly guild did not end with the closing of the classical era. Even today many eastern cultures still operate according to this archaic system. For example, in India the priests remain atop the social order. Called Brahmin, they spend their lives in the temple, studying the sacred texts and instructing others in the Hindu religion. Conversely, four levels down are the Dalit’s, better known as the ‘untouchables.’ These poor souls are India’s ‘sanitation workers,’ spending all their waking hours hauling away the urine and excrement of those in the higher castes.

Here in the west we have our own tradition of clerical orders looking down on civilization from the heights of the social stratum. The prime example was the medieval Roman Church who enjoyed one of the most powerful priesthoods the world has ever seen. Measured in terms of wealth, monopolization of ideas, and control over the public conscience, the potency of these prelates was unparalleled by any religious institution in the annals of recorded history.

The Breakdown of Western Christianity

The corruption of western Christendom under these temptations has been universally acknowledged by even her closest friends. No one loved the Roman church more than the great humanist scholar Erasmus, and yet his critique of its clergy was scathing, “Ah the common herd of priests! They comb through the writings of the ancients whereby they may find something to terrify the common people and convince them that more than a tenth is due!”

With its decision to market ‘indulgences’ to the masses at the turn of the sixteenth century, the greed of the Roman prelacy sunk to new and previously unimagined depths. Many of us will recall that an indulgence was a ‘certificate of forgiveness’ that could be purchased from a church official in order to reduce punishment for one’s sins. They sold for a significant sum, and as Rome’s need for capital increased, so did the audacity of their salesmanship.

Perhaps the most outstanding example of this came at the hands of a priest named John Tezel. Sent to Germany at the request of the Pope, his commission was to unload as many indulgences as possible in order to help fund the construction of St. Peter’s Basilica in Rome. The quaint little chorus “A coin in the coffer rings and a soul from purgatory springs” was composed by Tezel, and the promise of full-pardon which it contained went even further than other indulgence-peddlers who were offering a mere 45,000 year reduction to the purchaser’s eventual sojourn into that terrible furnace.

The sad story of papal indulgences serves as a striking example of what can happen when people place their spiritual well-being into the hands of those who do not have their best interests in mind. Admittedly, the position of the average Christian in the middle ages was not enviable. With literacy rates hovering around five percent, theological ignorance covered the land like a thick darkness, and unless a deliverer soon appeared, any semblance of apostolic Christianity was patently doomed. Thankfully, in the year 1517, the time for reformation had arrived.

The Reformation in Europe

If the coming of Martin Luther was like the sound of a distant canon whose reports heralded an approaching army, then the preaching of Tezel was his call to war. Luther understood that as long as forgiveness of sins depended on papal pardon, the gospel was lost and we were without hope in this world. The appearance of indulgences simply brought the entire medieval system out from behind the bushes and allowed Luther to aim with the accuracy of a sniper who had contemplated his target for a very long time.

The Ninety-five Theses was the shot heard ‘round the world, and as the founding document of the Reformation it decimated the idea that a priesthood was necessary to mediate the grace of God. “Every true Christian directly participates in all the blessings of Christ and the church; and this is granted him by God, even without indulgence letters,” said Luther, in thesis thirty-seven.

Statements like this did not represent a small departure from the medieval mindset but rather a paradigm shift on par with the Copernican revolution. To suggest that man could have free access to God without the intercession of a priest, if believed, would transform western civilization – and that is exactly what happened.

Slowly but surely people came to the realization that they were no longer spiritual serfs under an aristocratic clergy, but were instead the custodians of their own faith and the stewards of their own souls. Therefore, Luther’s goal was not to abolish the priesthood but rather to democratize it, and to bring it in line with the teaching of the New Testament where all Christians are counted as “priests unto God” (Rev. 1:6). “A priest in the New Testament,” Luther explained, “is not made but is born. He is created, not ordained. Indeed, all Christians are priests and all priests are Christian.”

The Priesthood of all Believers

Today there are large swaths of Christendom who still reject the doctrine of the universal priesthood of believers. Individuals belonging to this segment of the church tend to have great difficulty seeing the transcendent nature of Christianity. For example, they would be unlikely to read a Bible, to speak of having a ‘walk’ with the Lord, or to understand how spiritual realities inform everyday life. Their religion is compartmentalized to a subject or consigned to a Sunday and is quickly put away once these duties are done.

On the other hand, wherever this doctrine has been embraced and cherished, the transformation of entire continents has often been the result. Bibles are translated into the vernacular and cherished. Christianity becomes vital and contagious. Religion is holistic and diffused through every facet of existence. Yet beyond question, the most obvious consequence of a democratized priesthood is the establishment and maintenance of Christian schools.

We see this so clearly in the opening chapters of America’s history. Viewing their arrival to ‘New England’ as perhaps the best opportunity to create a theocratic society since Israel’s deliverance from Egypt, the forefathers took their calling as priests very seriously. Therefore, almost immediately after anchors were dropped, they established schools for the training of their youth.

“We longed to advance learning and perpetuate it to our children,” said one godly settler in 1635 when Massachusetts was little more than a jungle of uncut brush and immigrants were dying at a rate of one for every two.  A year later this longing was fulfilled with the establishment of Harvard College where the original mission statement was simply “To Glorify Jesus Christ.”

In another example, consider the first sentence of the student handbook given to incoming classes at Yale College, nearly a hundred years before we became a sovereign nation: “Every student shall exercise himself in reading the Holy Scriptures by himself everyday that the word of Christ may dwell in him richly and the he may be filled with the knowledge of the will of God in all wisdom and spiritual understanding.” Almost every other colonial school had similar expectations of their attendees.

The establishment of Christian schools demonstrated that our forefathers understood that no ship loaded with guilds of Levitical priests would arrive from distant shores, in order to help them structure their commonwealths according to the nurture and admonition of the Lord. They were the leaders, and depending on how faithfully they discharged their duties and trained their progeny decided whether their nation would revert to barbarism or become a ‘kingdom of priests to our God.’ Our choice today is precisely the same.

CHRIS MAIOCCA teaches composition and Greek at The Ambrose School outside of Boise, ID. He is currently working on an eight-volume history of Western civilization, forthcoming from Classical Academic Press.