“At 9 o’clock, when the discussions came to an end, my heart would ache from the beauties I’d glimpsed and the searing truths I’d begun to perceive with the help of others who’d also moved from the solitary to the shared experience of reading fantastically crafted stories together.” 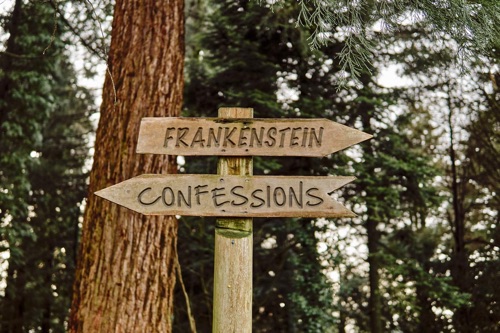 Socratic discussions? The Great Books? The Trivium? These words did not characterize the education of most of us parents. To help provide not only a brief glimpse into their kids’ education, but also a way for parents to engage their students in meaningful conversations, parent events are cropping up around the country.

Continue reading for parent and teacher testimonials and resources.

If you’d like to plan your own, here are some ideas:
– classes (single and multiple sessions)
– reading groups
– Q & A lunches
– theater night
– field trips
– seminars

We’d like to inspire others with your stories. Tell us about your parent event here at office@ClassicalDifference.com. Comments, ideas, and testimonials are shared here and on our blog.

Six years ago when we started our school, we told parents and folks from our church about our great books curriculum (Omnibus from Veritas Press), and a number of them lamented that they had not studied those books when they were younger. We decided to offer an opportunity for adult friends of the school to audit the class one day per week, joining in the discussion. Over the course of the first six years of the school our auditor numbers waxed and waned based on interest and availability, but a handful stayed the course for the full six years of the curriculum, and they would all say they’re not the same as a result, their worldviews having exploded (in a good way!).

Fast forward to this fall, and having gone through the whole curriculum once (it’s a six year program), we have offered an evening course for friends of the school, and we had our first class last Thursday, using the Omnibus book list as our starting point. We had 40 people at our first class, and we’re praying that it is fruitful.

Each quarter, Westminster holds at least one event on the theme of the year. This year, the theme is “Why Does Classical Christian Education Matter?” Not particularly catchy, but incredibly important.

Planned events for this year include a night at the theatre, with a speaker on the importance of studying drama through the lens of Classical Christian Education; Monica Whatley (author of “Shaping Hearts and Minds”) will speak and hold a Q&A session with parents. In addition, we will hold 2 “lunch and learn” sessions: one with our headmaster on “Why Classical Christian Education May Not Be For You” (a follow up to Monica’s talk) and “Even Kindergartners Need CCE” with our kindergarten teacher, Dr. Debbie Barclay.

Past “Dinner and Dialogue” (small group potluck dinners) have included:
– Faith and Science
– Inside Out Coaching
– Life After Lower School
– Difficult and Delightful Dialectic Students

We love getting together and talking! (Particularly if there’s food!)
–Elizabeth Perkins

We held a parent course last fall entitled “Short Fiction in America.” We had a total of six weekly classes. More than experiencing their kids’ education, it was an uplifting education for parents. Because it’s not just for kids!

When it comes to reaping the benefits of literature, I firmly believe we’re better together. Often a solitary necessity, reading unites me to an “other” be they a set of characters, the voice of a narrator, or an entire family lineage made sparse and great again through feuds and procreation. But once I’m introduced to these “others” or had to say my good byes after weeks with them in the warm lamplight of cold, winter nights, what then?

Last year, I participated in a parents’ seminar at my children’s classical Christian school, The Cambridge School of Dallas. One night a week for twelve weeks, we discussed samples of American Short Fiction from John Updike, Flannery O’Conner, and Nathaniel Hawthorne, who offered, “a Christian vision of life colored by their respective time periods and ecclesiastical traditions.” The evenings were facilitated by two English professors, where I, and 14 other parents, sat around a dark oval conference table and picked all the meat from the bones of each short story they’d assigned. And like every true blessing, by the end of the night, there more was left than than what we could consume.

I’d never read John Updike’s Pigeon Feathers nor his Dentistry and Doubt, but after discussing both of these works with new friends around a table, at first I wondered how I’d ever missed them. But as the weeks progressed, I quickly saw that without having discussed these works as a group, I could have read them on my own but still missed them – completely.

The shift of what I thought I understood the author to say or do to what I came to understand after other’s shared was almost a metamorphosis each night, and I do not say that to be melodramatic. At 9 o’clock, when the discussions came to an end, my heart would ache from the beauties I’d glimpsed and the searing truths I’d begun to perceive with the help of others who’d also moved from the solitary to the shared experience of reading fantastically crafted stories together.

The Cambridge School of Dallas has a reputation for being an academically rigorous classical Christian school with many teachers (they are called “professors” at the school) holding advanced degrees in the subjects they teach. So when two members of the English faculty offered a seminar for parents in the fall of 2017 on works of American short fiction by John Updike, Flannery O’Connor and Nathaniel Hawthorne, I fairly jumped at the opportunity to take a “class” with these professors. I knew both professors held degrees from St. John’s College in Annapolis, Maryland, and therefore possessed a strong understanding and appreciation of seminar-style pedagogy, as well as a love of classic works of literature, and would seek to understand the literary works on their own terms rather than interpreting them to fit some ideology or academic fashion. These elements were all important to me in deciding to sign up for the seminar. The authors and their works were considered in reverse chronological order in order, as Professor Benson explained, to begin with works more familiar to the modern American ear and then to move backward to works that use an idiom perhaps less familiar to that modern ear.

Among the themes the seminar participants explored over the course of six sessions were the tension between conventional piety and the longing/desire for a more meaningful encounter with Jesus Christ, the nature of salvation (including how, paradoxically, salvation comes through death), and how projects for human reform, when unmoored from Christian charity, lead to fanaticism and other excesses. Professor Benson and his colleague, Professor Shannon Pepe, skillfully encouraged discussion and input from the seminar participants while also drawing them to a better understanding of each author’s meaning and intention. While welcoming comments and reactions, it was clear that the seminar was intended to be a common enterprise to uncover authorial intention and meaning in these works of fiction. To this, Professor Benson added his genial erudition, deep faith and good common sense and Professor Pepe added her deep wisdom and understanding, delivered in an often under-stated style, as well as some tasty home-baked comestibles, to aid in interpreting stories with several levels of meaning.

Highlights from the seminar included lively discussions of whether the boy Bevel in O’Connor’s short story “The River,” who seeking the “River of Life” spoken of by an itinerant preacher plunges into a river and drowns, was in fact saved; whether the overall effect of Reverend Hooper’s mysterious veil upon his congregants in Hawthorne’s “The Minister’s Black Veil” was salutary (causing them to become more reflective of their own sinfulness) or pernicious (sowing confusion, suspicion and separation) and what could have been the minister’s motives in donning the veil in the first place and then persisting in wearing it even unto the hour of his death; and the surprisingly heart-racing climax of Updike’s story “Pigeon Feathers,” in which only after slaughtering a barn full of pigeons does teenage David come to a realization of the power, majesty and promise of God in examining the intricate design of the dead birds’ feathers.

Overall, the seminar was very rewarding for the parents (many of whom, like I, had been out of the classroom for over twenty years) and for the professors, as well (who, I suspect, were able to gain some insight into the backgrounds and family “notions” of their high school-aged students). The amount of reading was very manageable for busy parents, and the number of participants (approximately a dozen) and the length of each session (two hours) were conducive to producing both lively discussion and the opportunity for thorough consideration of the themes, literary devices and imagery present in the stories.

We wanted to know the TOP BOOKS parents should read to start sharing in their kids’ classical Christian education. Whether for their own good, for better conversation with their kids, or both, many parents are hungry for a small taste of the education they missed. We heard from parents and teachers, and here is our list of the favorites. OK, we cheated, and made three.

TEACHER TIP: Each year pick one book, any book, from your child’s current syllabus.

■ On the Incarnation by Athanasius
■ Confessions by Augustine
■ Tale of Two Cities by Charles Dickens
■ Honorable Mention: The Divine Comedy by Dante Alighieri.

A teacher favorite, we noticed it always came with the warning, “Don’t try this alone.” For company, take along Jason M. Baxter’s A Beginner’s Guide to Dante’s Divine Comedy.

Answering the question, “Why should I read a good book?”

“CHRISTIAN PARENTS are ultimately responsible for the spiritual formation of their children. Not a school. Not a day care. Not a church.”
—STEPHEN WITMER, DesiringGod.org