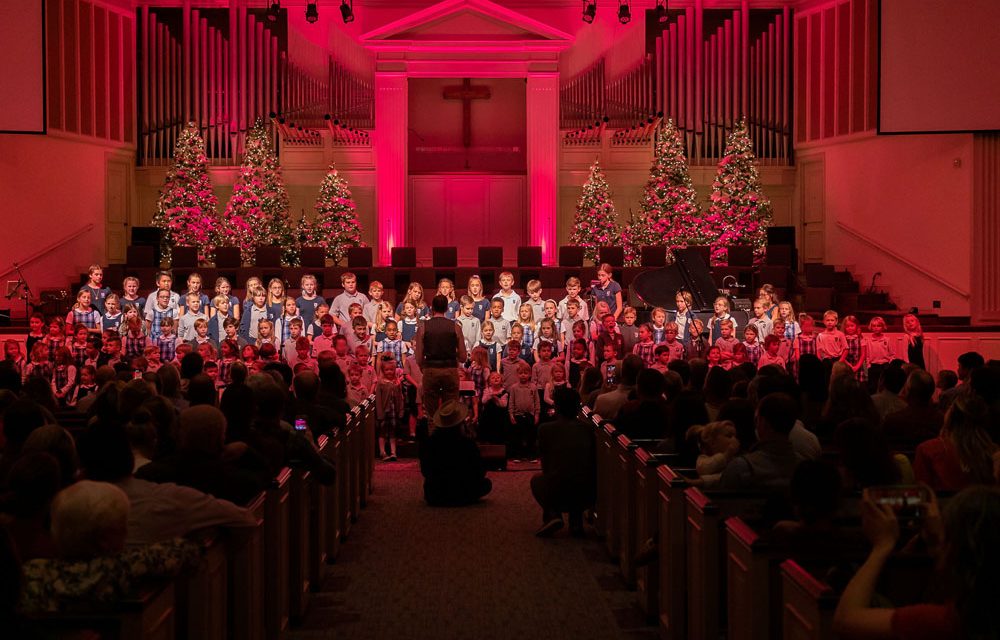 A New Perspective On Being Together

Classical Christian schools tend to be distinct in their culture, and schools naturally have many points of social intersection, like athletics, friends, etc. As a result, our schools often become natural Christian communities within themselves. N.T. Wright sat down with The Classical Difference to help us see Christian community as both a gift from God and an instrument to be used by God.

The community that first comes to mind is the early church. I naturally think in terms of the first two centuries, and I have seen different movements trying to get back to something like it was at the beginning. Now in a sense you can’t do that. You can’t step into the same river twice. In another sense, there are things going on in the early centuries from which we really can learn, and learn a great deal.

CD: You have described Christians living corporately through the Spirit as “the place where heaven and Earth meet.” What did that historically look like in Christian community? 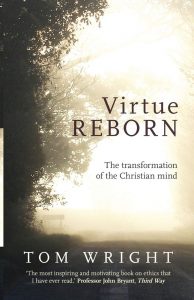 Allegiance to Jesus as the crucified and risen Lord was the badge of membership in this community, which meant that people who would never have said a word to each other on the street or in the city suddenly found they were part of a community that lived as a geographically extended family. The point about living as a family in the ancient world is that you look out for one another, and that was an extraordinary phenomenon. Paul says in Galatians, “There is neither Jew nor Greek, slave nor free, male nor female, for you are all one in Christ Jesus” (Galatians 3:28). It was an experiment in a new way of being human, a new way of living together.

Practically speaking, the early church did education, medicine, care for the poor. They were an educating community—and as we know in education, it is as much about what’s implied as about the nuts and bolts of the subject you’re learning. Many people were not able to read, and not able to write other than a quick scribble of something approximating a signature. Right from the beginning the church was a multifaceted community with education as one of its goals at a time when nobody else was doing education for anyone other than the elite. It seems to me that the secular world has taken that over and said, “OK, education is a good idea but we’re going to do it now,” and has rather tried to push the church out. I know that in America, Christian communities have taken on education, and that’s terrific. That’s what the church was doing right from the beginning and we ought to do it still.

It’s a great question. We’ve learned an enormous amount about temples in the ancient world, and the ancient Jewish Israelite temples, and what they meant. When Paul, as well as John, picks up the temple image, it’s not just a metaphor. It’s actually something very concrete.

When we think of the tabernacle in the wilderness and the Jerusalem temple, the point of these buildings is to be an advance statement of what God wants to do for the whole cosmos. When this then comes through to the New Testament, it comes via the teaching that Jesus himself is the true image and is the true temple. He is the one who joins heaven and earth together. 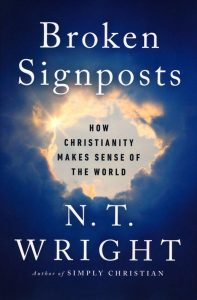 When it comes to the church, as the people in whom God’s spirit comes to dwell, the point is that, like the temple in Jerusalem or the tabernacle in the wilderness, the church is to be a small working model of what God has said He intends to do for the whole creation—of the time when the earth will be full of the glory of the Lord as the waters cover the sea. That’s the extraordinary thing.

When it comes to the church, as the people in whom God’s spirit comes to dwell, the point is that, like the temple in Jerusalem or the tabernacle in the wilderness, the church is to be a small working model of what God has said He intends to do for the whole creation—of the time when the earth will be full of the glory of the Lord as the waters cover the sea. That’s the extraordinary thing.

That vision I find extremely powerful.

CD: Do you have an opinion about whether or not we live in a post-Christian culture?

We do and we don’t. The historian Tom Holland has been writing about the enlightenment world in which we live in his book Dominion and elsewhere. It’s a world that wants the results of the Christian gospel but doesn’t want to pay the price of worshiping the Christian God.

In medieval times, it was only the Christians who did education and medicine and care of the poor, and now secular society is saying, “We’ll do education and medicine and care for the poor and you Christians can teach people how to say their prayers and how to get to heaven when they die. Just don’t tell us how to do our job.” And likewise, the church has historically had the vocation to speak the truth to power, to hold a mirror up to it and note where government is getting it wrong and where it’s getting it right. But since the rise of modern media, the media has said, “It is our job to hold the government to account.” They’re stealing the Christian vocation and the church needs to calmly and quietly and wisely take it back.

Interestingly, Pope Benedict said something like this in his address to the United Nations in April 2008 in New York. I remember it vividly because my wife and I happened to be in NY at the time. We sat in our hotel room watching on television as Benedict was speaking just a few blocks down the road. He was basically saying that the idea of human rights grows right out of the Judeo-Christian tradition. What’s happening now is that people worldwide are trying to articulate and define and implement human rights, but without roots. As he said, it can’t be done. You will end up with a shouting match of different special interest groups all yelling and trying to gain some sort of spurious moral high ground. I think that’s exactly where we are. 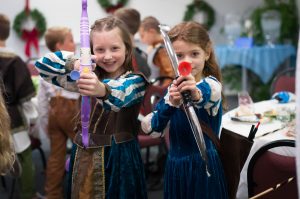 CD: British Christianity is probably a little more in tune with the role of liturgy than Americans—its habit and training aspects that go deeper than the surface meaning and speak into the way we practice our faith. Community often carries with it the practices of habit formation, such as music or singing together in church. In your book After You Believe you talk about virtues. Are there virtues that you think are best cultivated in the context of community liturgies?

I’m fascinated you mention music. I don’t mention music in the book but it is important. I want to use music as a metaphor but also as metonymy. It’s fascinating to me that the early church was a singing community, with a musical life going back in Hebrew scripture to David and the Psalms. Out of music there comes a sense of solidarity, a sense of a community, of different voices harmonizing with one another.

Not only does music help form the mind and the soul, it also cultivates one of the splendid Christian virtues of humility. If you’re going to sing with a large choir you can- not force your voice over against everybody else. You have to listen carefully to what everyone else is doing in order to make your appropriate contribution. Humility is not a belittling of oneself but an ennobling of oneself—as you discover the joy of listening to others’ voices, you are able to make your own contribution and know that it matters within that confluence.

Music also teaches hope—particularly important right now when we’re faced with a pandemic. Together, we can learn both to lament and to praise, and lament I would categorize as a virtue to learn. 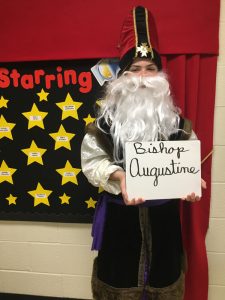 We need to recover the biblical tradition of lament because out of that grows hope. So many people in today’s world simply look for somebody to blame when things go wrong. They say, “It’s all your fault” or “You didn’t implement the right policies” or “God is blaming you.” Biblically sometimes these may be true, but more often it is a call simply to hold our pain in the presence of God and say, “This is all going wrong as far as we can see. We don’t have the solutions. Please be with us at this time.”

In T. S. Eliot’s Four Quartets he says, But the faith and the love and the hope are all in the waiting. We can’t just jump in straight away when something goes wrong and tell God what to do about it. Sometimes we wait in the dark and then God, in God’s good time, will give us the new light that we need. It may not be instant and it may not be exactly the kind of new light that we were grasping after. That is part of humility. That is part of hope.

I see all this in the metaphor of music, enabling us to lament, to voice something which is more than the meaning of the words. Augustine nsaid, “To sing is to pray twice,” and I think I see a bit of what he meant. Out of that grows a sense of living as a community, humble but expectant. And that is where we need to be right now.

N. T. WRIGHT is the former Bishop of Durham in the Church of England (2003–2010) and one of the world’s leading Bible scholars. He served as the chair of New Testament and Early Christianity at the School of Divinity at the University of St. Andrews, and is currently Professor Emeritus at St. Andrews and Senior Research Fellow at Wycliffe Hall, Oxford. He has been featured on ABC News, Dateline NBC, The Colbert Report, and Fresh Air, and he has taught New Testament studies at Cambridge, McGill, and Oxford universities. Wright is the award-winning author of Surprised by Hope, Simply Christian, The Last Word, The Challenge of Jesus, The Meaning of Jesus (co-authored with Marcus Borg), as well as the much heralded series Christian Origins and the Question of God, as well as many other online and print publications. 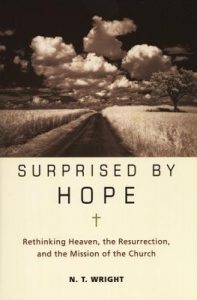 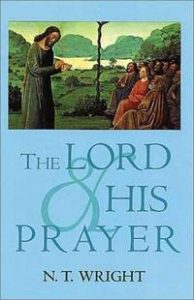 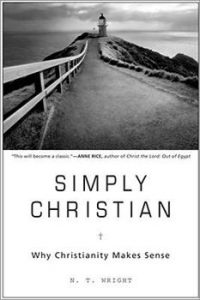