Powerful and Dangerous: Men Are Not Angels 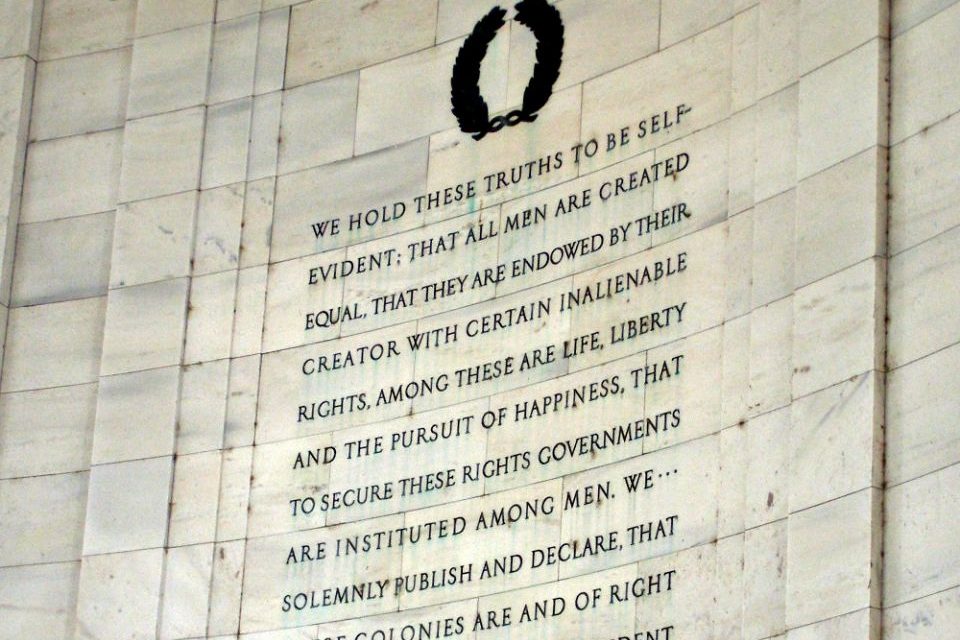 Men are not Angels

Thomas Hobbes, describing a condition without government called the “state of nature,” said that the life of man without authority is “solitary, poor, nasty, brutish and short.” Human beings are naturally ambitious, greedy, interested in their own good, and unlikely to be “public spirited.”

No amount of moral education can fully eradicate human vice. The Declaration of Independence and the American Constitution are the foundational documents of our country, and they are based on a view of human nature that originated with the Christian idea of original sin.

“If men were angels,” James Madison wrote, “no government would be necessary.” Individuals would simply respect the rights of their fellows. The difficulty in designing a government of men, instead of angels, is to “oblige it to control itself.”

This un-angelic view of man is why individual rights are central to the American Experiment. A government concerned to secure individual rights is limited in its character: it need not, and should not, shape the soul of individuals nor take care of their every need.

A “dependence on the people” through elections—representative government—is the primary control on government. Thinkers like Madison were right, and it shows.

These ideas applied in the market have brought advances in health, life span, quality of life, and wealth that no other age has ever known. In the post-Madison age, we have witnessed a worldwide decline in poverty, hunger, rape, disease, illiteracy, torture, and slavery.

Today, with a moderate salary and average intelligence, you can fly on a giant bus across the country, drink coffee imported from Columbia, and visit your grandmother who would already be dead if it weren’t for her heart monitor.

Three centuries ago, you were lucky to survive childbirth. All this because Madison and his kin knew men were not angels, and never would be.

Today, prosperity has also led many to believe that, having conquered nature, we can turn to conquer human nature. We have forgotten to teach our children this old, Christian, Western idea about ourselves which makes us vulnerable to this new, bad idea. Man is no longer thought to be sinful; he is thought to be “perfectible” (JeanJacques Rousseau’s phrase).

The American Founders espoused an understanding of natural law and human nature largely consistent with the classical and medieval traditions that, in their time, formed the public consensus. “Ambition counteracting ambition” and “men are not angels” came from people who knew what Milton and Augustine knew about human beings.

All the Founders received some form of a classical Christian education. They read Latin, studied Augustine, Cicero and Aquinas, and the classical Greeks. They were able to discern the limits of human nature and rule themselves with moderation and prudence. To quote Newton, we were “standing on the shoulders of giants.” John Adams said it best: “Our Constitution was made only for a moral and religious people.”

In Thomas Jefferson’s office in Monticello was a small shrine to the “trinity of the three greatest men the world has ever produced…Bacon, Locke, and Newton.” But perhaps a better assessment of who we worship is in order.

JACKSON YENOR is a project manager for the ACCS.