Franz Schubert: The Last Classical Composer and his Symphony No. 8 “Unfinished” 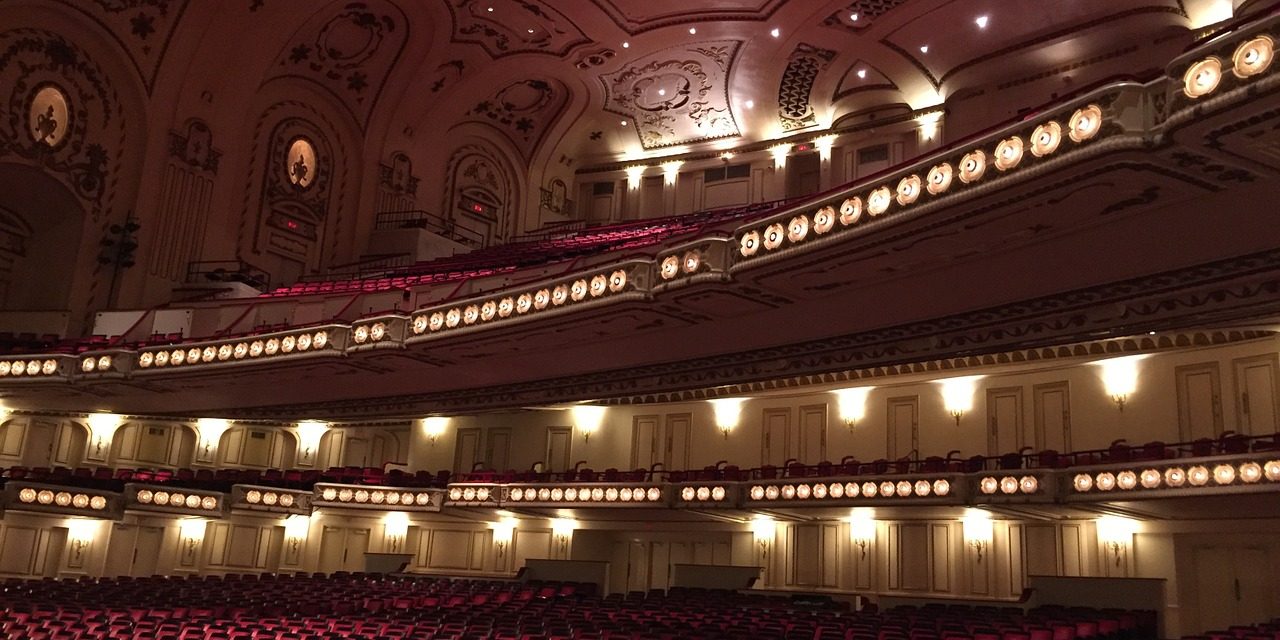 Franz Schubert (composer of “Ave, Maria”) is often seen as a Romantic era composer. In reality he spanned the gap between the Classical and Romantic musical eras and is considered the last Classical composer. Schubert is known for his beautiful and lyrical melodies, many of which were based on the lyrical poetry of his time, while at the same time maintaining the form of classical composition.

Franz Schubert was born in Austria in 1797 as the fourth son to a middle-class family. His father was the founder and head of a successful school. The Schuberts were 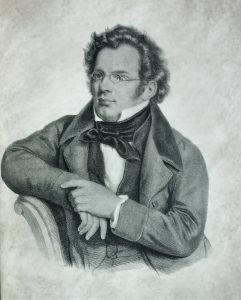 all highly musical and played together as a family.

Franz greatly admired and was strongly influenced by the Classical composers, such as Bach, Mozart, Haydn, and in particular Beethoven, of whom he was a contemporary. Schubert, even though he ended up living in the same city as Beethoven, was too shy to introduce himself, although he finally visited Beethoven on his deathbed. Beethoven knew Schubert was a popular and promising composer. Beethoven was deaf so he provided books for visitors to write in, and there is a conversation from his nephew, Karl, who had written, in August, 1823: “They greatly praise Schubert, but it is said that he hides himself.”

One of Schubert’s most cherished works by both musicians and music lovers is his Symphony No. 8 “Unfinished” (commonly called The Unfinished Symphony) composed in 1822. It was not performed publicly until 43 years later in 1865.

The Unfinished Symphony was written as a “thank you” to the Graz Music Society who had awarded Schubert an honorary diploma. He sent the two completed movements, along with two pages of an incomplete scherzo (the third movement of the symphony), to his friend and leading member of the Graz Music Society, Anselm Huttenbrenner.

Strangely, Huttenbrenner never had the Symphony No. 8 “Unfinished” performed, nor did he let the society know he had the composition. 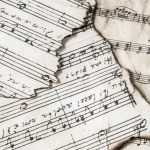 In 1865, Huttenbrenner put the symphony in the hands of conductor Johann Von Herbeck, who was “flabbergasted” at the discovery. Von Herbeck performed the first two completed movements in Vienna, December 17th, 1865. He finished off his performance with Schubert’s 3rd Symphony in D Major, though the style did not match The Unfinished Symphony. Nevertheless, the audience loved it.

The often brutal music critic, Eduard Hanslick, attended the 1865 premiere of the symphony and wrote afterwards:

When, after a few introductory bars, clarinet and oboe sound una voce a sweet melody on top of the quiet murmuring of the strings, any child knows the composer and a half-suppressed exclamation “Schubert” runs hummingly through the hall. He has hardly entered, but it is as if you knew his steps, his very way of opening the door… The whole movement is a sweet stream of melodies, in spite of its vigor and geniality so crystal-clear that you can see every pebble on the bottom. And everywhere the same warmth, the same golden sunshine that makes buds grow!

Hanslick believed it to be Schubert’s most beautiful composition.

The fact that the symphony is unfinished, as well as the melodic beauty of the piece, captivated audiences. The first two complete movements of The Unfinished Symphony were published two years later in 1867, forty-five years after they were originally written.

Composers and historians have made many attempts to complete The Unfinished Symphony or to find it hiding amongst his other compositions, but none of the efforts have been conclusive. It is still a topic that fascinates historians and musicians. ✤

What makes a Symphony “unfinished”? 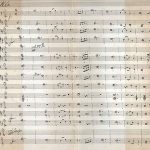 A classical symphony is usually made up of four movements. With the first and last movements being written in the same key, known as the “home key.”

In contrast, The Unfinished Symphony has only two complete full movements, with an incomplete third movement, the scherzo (the rest of the scherzo was found in Schubert’s papers after his death by his brother, Ferdinand. However, that portion was not fully scored, meaning he had only written it for piano, and not for orchestra.)

The Encyclopedia Britannica sums up Schubert’s place and influence in the history of music:

It is said that Schubert’s place in the history of music is equivocal, for he stands between the worlds of Classical and Romantic music. He can, however, be considered as the last of the great Classical composers. His music, subjectively emotional in the Romantic manner, poetically conceived, and revolutionary in language, is nevertheless cast in the formal molds of the Classical school—with the result that it has become increasingly apparent that Schubert more truly belongs to the age of Haydn, Beethoven, and Mozart than to that of Schumann, Chopin, and Wagner. ✤

What is a… Symphony?

Differences between Baroque and Classical music

Characteristics of Classical Music: An introduction

Characteristics of Baroque Music: An Introduction