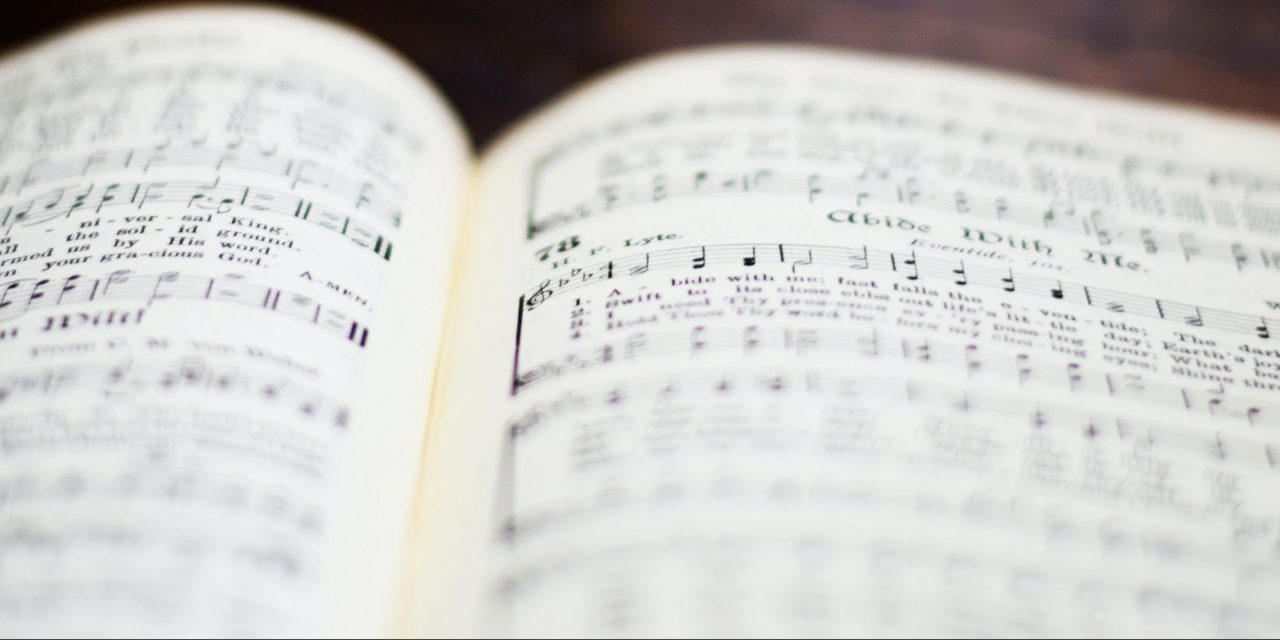 Q & A WITH KEITH & KRISTYN GETTY

Ask the Getty family and they’ll tell you, singing together as a family is one of the greatest gifts God has given His children.

But let all who take refuge in you rejoice; let them ever sing for joy, and spread your protection over them, that those who love your name may exult in you. ~ Psalm 5:11

❶ Why is singing an important part of family worship?

KEITH: One lost treasure of Christian home life is the ability to sing together as families. For most of Christian history, “congregational singing” was happening both in the church and also in the home. From Luther and Calvin to Wesley and the revivalists, singing at home was encouraged and assumed. Many of us who grew up in Christian homes remember parents or grandparents finishing evenings with singing hymns. Today, this has often been replaced by Netflix or other amusements. 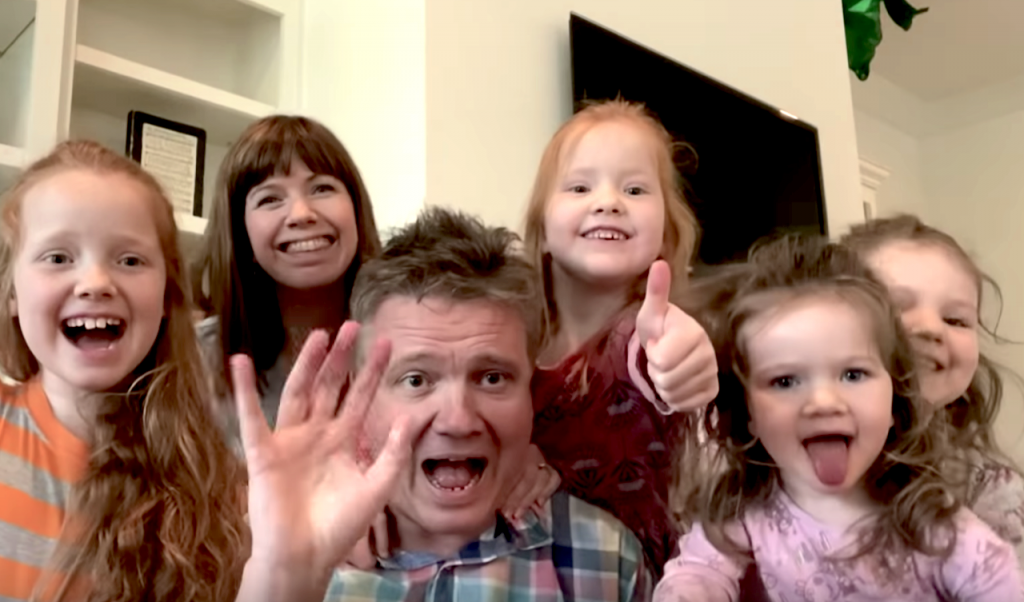 Our hope and prayer is that as families become “singing families,” it will help foster richer devotional lives, deeper and closer families, and stronger churches—united as we sing of the only hope for the world.

❷ What help or advice can you offer to non-musical parents?

KEITH: Since we started our Getty Family Hymn Sings, people have asked, “How can we do this if we haven’t been used to it?” “What do we do if we are not musical?” and “What’s the easiest way to get started?” Here are five suggestions that might spark new ideas for the singing culture of your home:*

1. Sing along with the smartphone (or other devices) around the house

3. Sing with a Sunday streamed service

4. Encourage family members who play instruments to play along

❸ What does family worship look like at the Getty home?

KRISTYN: If you’ve joined us for any of these hymn sings online [see links above], you’ll know that our family singing isn’t exactly polished. It’s a picture of real life—our girls are running to and fro, forgetting the words, and getting the hand motions only partially right. But that’s OK—they’re children after all. We don’t claim to be the best parents or to have family devotions entirely figured out. But we thought that letting people “join us” around the piano might be an encouragement to others that singing with your kids can be simple and fun.

Perhaps, we pray, it gives other families an idea of what they could do to start teaching their own kids a few good hymns. We also hope the Lord might use these evenings to bring a glimmer of light-hearted joy to anyone who is having a hard time right now. There is something about seeing the sweetness of childlike faith in Christ that reminds us of what really matters.

❹ How has singing hymns together played a role in how you are raising your children?

KRISTYN: Scripture calls us to teach our children to love the Lord our God with heart, soul, and might. We are told to do so as we sit at home, walk along the path, lie down, and rise each day (Deuteronomy 6:4-7). Several years ago we realized that although our whole ministry has been built on the idea that believers need solid biblical hymns, we weren’t really being diligent to teach great hymns to our daughters. So as a family we decided to learn one new hymn every month, so by the end of the year we would be able to sing 12 new hymns—all songs which help us keep our eyes fixed on Jesus.

We tried to pick songs which focus on God’s salvation plan with mankind, and on songs which convey a very wide picture of God: God as creator, sustainer, redeemer, and king. All these songs are timeless songs which our daughters can carry in their hearts forever. We also saw that singing these songs would inspire our daughters to ask questions about the words. As they got older, they wanted to know what they were singing and so we had some really good talks about the gospel.

Again, it’s nothing too special. We just sing around the breakfast table, or before bedtime, or both. We sing lots of songs, but almost every day we are singing at least part of our hymn of the month so the girls can be learning all the verses of it. The younger ones may not pick up as many of the words, but that’s fine. They’ll grow into the poetry and the theology of these songs a little bit more year after year.

❺ What would you say to parents looking for advice on how to worship more through singing as a family? 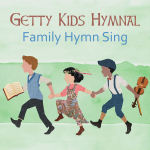 KRISTYN: Just give it a try, and keep it simple. You can sing along with recordings on your phone, or if anyone in the family plays an instrument you can get them involved too. You can sing grace before dinner. Use lullaby time at night as a way to sing hymns of comfort over your children, since bedtime is often a moment when little hearts feel afraid.

If your church is streaming or sending out songs on Sunday mornings, you can sing along from your living room. Let your children drum along on pots and pans, and don’t hold them back from loud enthusiasm on the choruses they love. We especially love songs with hand motions; they keep kids engaged and help them understand what the song means.

There’s no right or wrong way to get started. The point is simply to sing—and to let the word of Christ dwell in you richly as you do. 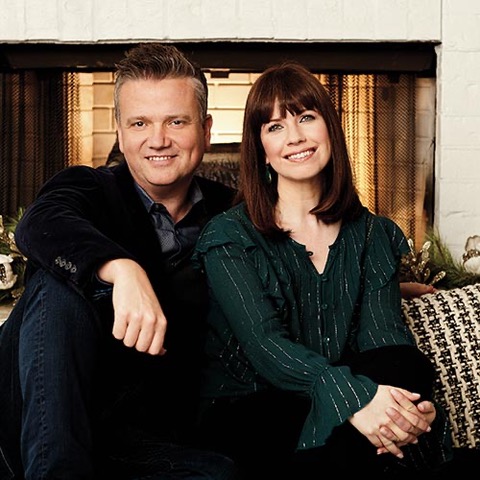 KEITH AND KRISTYN GETTY occupy a unique space in the world of music today as preeminent modern hymn writers. In re-inventing the traditional hymn form, they are creating and cultivating a catalog of songs teaching Christian doctrine and crossing the genres of traditional, classical, folk, and contemporary composition which are sung the world over.

In addition to their Christmas show, the Gettys tour internationally, visiting venues as diverse as the Ryman Auditorium, Belfast’s Waterfront Hall, the Pentagon, and Royal Albert Hall. This worldwide representation of modern hymns led to the creation of their global church music conference, Sing! The Getty Music Worship Conference. To further expand this modern hymn movement, Keith and Kristyn have created the Getty Music record label (which holds 3 Dove Award nominations and is distributed by Capitol Christian Distribution), built various print publishing partnerships and imprints, and produced unique merchandise containing their hymn lyrics. The label has now released several collections of songs and hymns for families.

Keith and Kristyn live between Northern Ireland and Nashville with their daughters, Eliza Joy, Charlotte, Grace, and Tahlia.

* This list is originally from the Gospel Coalition article below.

1. Sing along with the smartphone (or other devices) around the house

3. Sing with a Sunday streamed service

4. Encourage family members who play instruments to play along

During Quarantine, Become a Singing Family