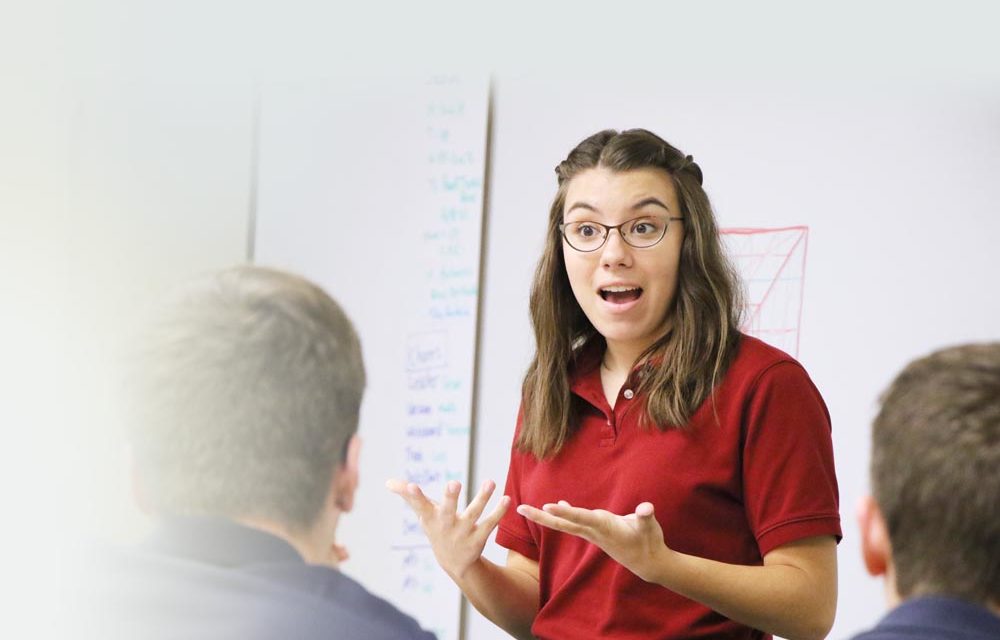 Q: “So, Kevin, what do you do? How would you describe your role?”
A: “I lead people’s souls with words.”
Q: Silence

A: “And I teach young men and women to do that wisely—or, if not wisely, at least responsibly and well.”

I’m not sure this is the answer the brand analyst was expecting when he signed up to interview the rhetoric teacher as part of the school’s rebranding exercise.

Admittedly, I was having a little fun with him. But only a little. Behind my attempt at humor was a serious point about the art of rhetoric and its significance for classical education.

We generally think of rhetoric in either two ways: 1) narrowly, as the classical subject where students learn to speak and write persuasively; or 2) more broadly, as a stage in learning connected to a child’s intellectual development. We often fail to see how rhetoric teaches us both to speak our minds and to go mind-to-mind, as it were, with the authors and speakers we encounter.

I could not have answered the brand analyst’s question any more directly. Leading peoples’ souls with words is precisely what I do. In fact, it is what everyone does all of the time. To speak is human. To do so wisely, virtuously, intentionally, however, is an art. A liberal art, to be exact.

WHY RHETORIC IS A LIBERAL ART

The liberal arts are skills gained by joining imitative practice, combined with an understanding of how and why those practices work. Take the art of grammar. Before her first lesson or 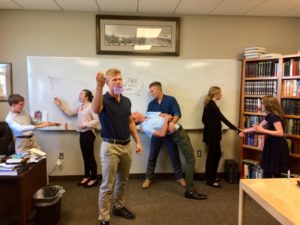 diagrammed sentence, even a young child can appreciate the difference in meaning between the following sentences: “We might go out for ice cream on Friday” and “We will go out for ice cream on Friday.” So far this is purely imitation, not art. The full transformation happens as we gradually come to understand how changes in expression affect meaning, and we can apply this understanding freely in our own speech and writing. Freely, in fact, is the important word here. For what makes the liberal arts liberal (from the Latin liber meaning “free” or “unrestricted”) is that they set one free to put one’s innate abilities to intentional use. In the case of rhetoric, we are set free to lead people’s souls with our words—purposefully and responsibly. This is why our forebears made rhetoric an essential part of a child’s education.

THE PURPOSE OF RHETORIC

The notion that rhetoric is equally concerned with making polished and persuasive speakers, and with producing perceptive and discerning thinkers—that is, of producing people who not only have something to say, but who know how, when or even whether to say it—gets somewhat less press. Yet, this potential for developing perception and discernment is precisely why rhetoric is understood to be a tool of learning, and not simply a method for effective communication. 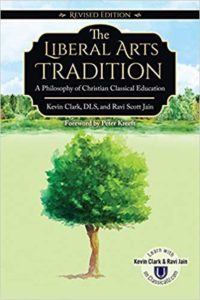 Aristotle famously defines rhetoric as the power of seeing all the available means of persuasion with respect to a given situation. He is far more interested, it appears, in the effect of rhetoric upon the speaker than the effectiveness of the speaker’s rhetoric. According to Aristotle, rhetoric hones our power of perception to discern what is possible to say given a particular set of circumstances.

Think of how the point guard in basketball reads his situation while moving the ball down the court—the position of the defenders and the defensive plays, of course, but also the time on the clock, the momentum of the game, and the quality of play his team has exhibited so far. Scanning through the myriad of ways he could direct the offense, he decides in the moment what is likely to be most effective given the unique challenges and opportunities the situation affords. As rhetoricians, we are the intellectual counterparts of the point guard. We find ourselves with
something to say, and must choose the most effective way to say it given the complex particularities of our situation.

HOW WE LEARN RHETORIC

Clearly this is an important and valuable skill; how does the rhetorician acquire it? These powers are honed in large part by poring over the texts that form the “great books” aspect of the classical curriculum—reading, marking, learning, and “inwardly digesting” them. These texts are not simply the repository of great ideas, they are the particular words that particular men and women deployed to lead the souls of others—in myriad times, places, circumstances, and with manifold goals, motives, and intentions. 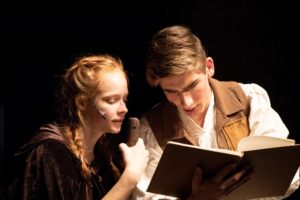 What I want to fix your attention on is the vast,
overall movement towards the discrediting, and
finally the elimination, of every kind of human
excellence—moral, cultural, social, or intellectual.
And is it not pretty to notice how “democracy”
(in the incantatory sense) is now doing for us the
work that was once done by the most ancient
Dictatorships, and by the same methods?
—Speech by the demon Screwtape,
Screwtape Proposes a Toast, C.S. Lewis

All genres are relevant to the rhetorician, whether works of science or history meant to instruct, poems meant to delight, or manifestoes meant to rouse men to action. In the course of study, we become students of men’s actions as well as their words. We reflect upon the good and the bad, the potent and the ineffective, the virtuous and the worthless, all the while honing our own powers of perception, discernment, and, in the long term, judgment. Rhetoric is an essential point of integration for the entire curriculum, and as such an essential part of a child’s education.

Contemporary educational leaders are busy asking which skills will best serve the needs of the 21st-century-market-place. Classical educators appreciate this pursuit, but feel compelled to attend to more fundamental issues. What could be more important than providing an education that will set young men and women free to lead others wisely, virtuously, and well? What could be more useful than the powers of perception and discernment? The philosopher Alasdair MacIntyre spoke prophetically of neglecting the great texts of the classical syllabus, saying it would produce a generation of students who were “unscripted, anxious stutterers in their actions as in their words.” In a culture where that prophecy unfortunately seems to have come true, the recovery of this precious art of rhetoric could not be more urgent.

KEVIN CLARK is the founder and president of The Ecclesial Schools Initiative (www.esischools.org), an organization that supports the growth and mission of the church by partnering with local congregations to found a network of affordable and truly accessible Christian classical schools. ESI’s first K–8 campus is opening in August 2020 at Saint Alban’s Church in Oviedo, FL. Kevin is co-author of The Liberal Arts Tradition available through Clas- sical Academic Press. He and his wife Taryn have four Christian classical school students of their own—Aubrey, Caedmon, Nao- mi, and Eleanor.