The Formation of the First “University” 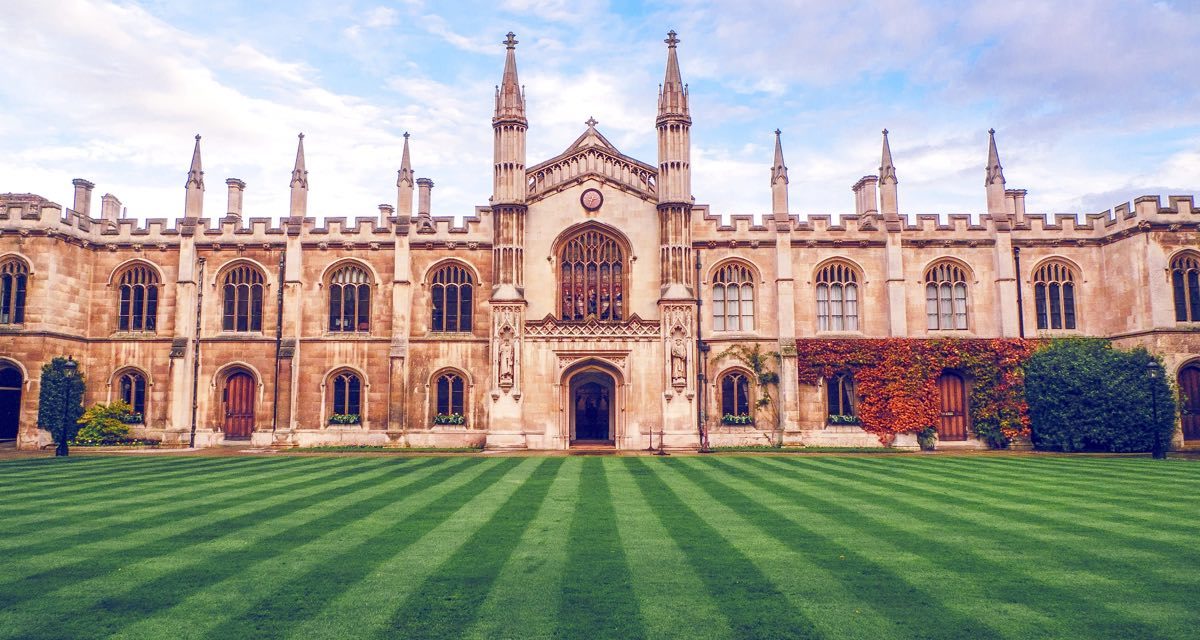 The first time I visited the Sistine Chapel, I didn’t know much about Christian painting.  I did know a lot about the faith, though now I see that I was just starting on that journey.  I remember there were crowded lines down the stairs, and somebody on a loudspeaker kept telling us, in English, Italian, German, and French, not to touch anything.

When I got down to the chapel, I let the crowds pass me by, and stayed a long time, looking everywhere.  I understood why there were paintings of Moses on one wall, with captions, and paintings of Jesus on the other wall, with almost the same captions.  Moses comes down from Mount Sinai with the two stone tablets, and right opposite, Jesus is seated upon the high hill, giving the Sermon on the Mount: the Old Law, and the New Law.  I didn’t know that the paintings of Jesus were on the south wall, where the sun shines in the northern parts of the world, and those of Moses on the north wall, that is in shadow. That’s because Jesus is the light of the world, and we read the Old Testament in the light of the New.  Everything has its place.

I understood a little about the most famous painting of all, Michelangelo’s Creation of Adam.  Our first father is naked, colossal, lying on his side. He is turned toward God with longing. His left leg is bent, and he lays his arm upon the knee, with his hand, though limp, extending toward God.  Meanwhile God descends toward him, pointing. Their fingers are about to touch. Michelangelo wasn’t painting Adam as made from the dust of the earth. He was painting that moment when God breathed into Adam the breath of life, and he became a living soul, capable of knowing God and loving Him.

As I said, I knew a little.  I knew that those painters and architects and sculptors took to heart this saying: God made the world “in measure, weight, and number.”  God is not the author of confusion, says Paul. This meant more than that God was orderly. A pagan god could be orderly, sometimes. A pagan god could see stuff lying about, and mold it to shape a world.  But God does not do that. God makes the world by a free act of love, out of nothing. For the “earth was waste and void,” which in Hebrew means that it was empty, meaningless. It’s the same words the prophets use to describe the emptiness of worshipping a false god: a great nothing.

And God said, “Let there be light, and there was light.”  In Hebrew, it’s as if God said, “Light, be!” And every Hebrew knew that the little word be was related to God’s own name, the name that only the high priest might utter, in the holy of holies, on the day of atonement.  John, too, says that “God is light, and in him there is no darkness at all.” God lends to what he creates a share in his being. God knows all things; so what he creates can be known. God is light, and man, made in his image, has a measure of the light.  He can understand the things around him. He can with love dwell upon God, the living God.

The Forgotten Unity of Creation

The art in the Sistine Chapel is all one.  It tells the story of creation, the story of man, and the story of Jesus.  Those are all the same story, since God is the author of them all: for the Word who was with God in the beginning, and was God, made all things, and became flesh, to dwell among us.  God did not intend that we should ignore that unity. For the invisible God is known by the visible things he has made.

But Christians seem to have forgotten the unity.  When you go to school, you learn about history over here, biology over there, some art on the side, maybe some literature (often not very good), and whatever else you please.  Does that describe a university? In name only. There is no unity anymore. There is no sense that all knowledge is one, and that it all points to Christ.

Christians used to build churches and write poems and engage in works of the mind that were like that Sistine Chapel.  You enter them and you know that you are in the midst of a vast and complex unity. That’s Chaucer’s Canterbury Tales. It’s Dante’s Divine Comedy.  It is Thomas Aquinas’ two great works, the Summa Theologica (a kind of sum of all theological and moral questions) and the Summa Contra Gentiles (a sum of all questions that could be raised by people who did not believe in God, or who did not believe in Christ).

To enter Thomas’ works is like entering a temple or a cathedral where everything that has to do with creation, man, and God may be found.  And not in shadows, but in the good bright light of reason and of God’s revelation to man. For the whole universe is a temple, and our bodies are to be temples of the Holy Spirit.  It’s hard to think of a question that Thomas does not address. Can we prove that God exists? Yes, says Thomas, by five ways. Is human law the same as the divine law? No, says Thomas, but we are supposed to craft our laws with the divine law in mind.  Is there such a thing as the common good? Yes, says Thomas, because man by nature is a social animal. Is it fitting that our souls should be reunited with our bodies? Yes, says Thomas, because that is what we are: body and soul together.

So Christians need to say, again and again: all truth is one.  But it’s a lot easier to say it than to see it. That’s where theology comes in.

Theology used to be called the Queen of the Sciences.  Think about that for a moment. I don’t mean that you thumbed through Proverbs to find out about iron in your blood.  The word “science” meant “knowledge,” in the broadest sense. Why then the Queen? Because every other science is both partial and subordinate.  If you’re studying fish, you’re not studying birds. If you’re studying birds, you;re not studying mankind. If you’re reading poetry, you’re not reading political treatises, at least not as part of your profession.  Nobody says, “I’m studying the art of Michelangelo to learn more about a just society.”

But when we talk about God, the Creator, we are talking about the One who gave being to all these things.  There can be no higher study than that, and no more unifying study. Even philosophy, the pursuit of wisdom, cannot rise higher, though it can take us to the borderlands of theology.

Where God is not acknowledged, the sciences fall into disunity and confusion, as we see in our schools today.  It isn’t just that almost nobody will read Thomas. It’s that our ideas are in fragments. We cannot imagine putting them back together.  Michelangelo could paint what he did, because Thomas and other Christians saw what they did. But our works are meager, because our eyes are dim.

Someday, I hope, Christians will build the university all over again.  Let it be soon.

ANTHONY M. ESOLEN is a writer, social commentator, translator of classical poetry, and professor of English Renaissance and classical literature at Thomas More College of Liberal Arts. He is the author of many books, including The Politically Incorrect Guide to Western Civilization and Ten Ways to Destroy the Imagination of Your Child.