Tell another family about your school. They may thank you in 12 years. 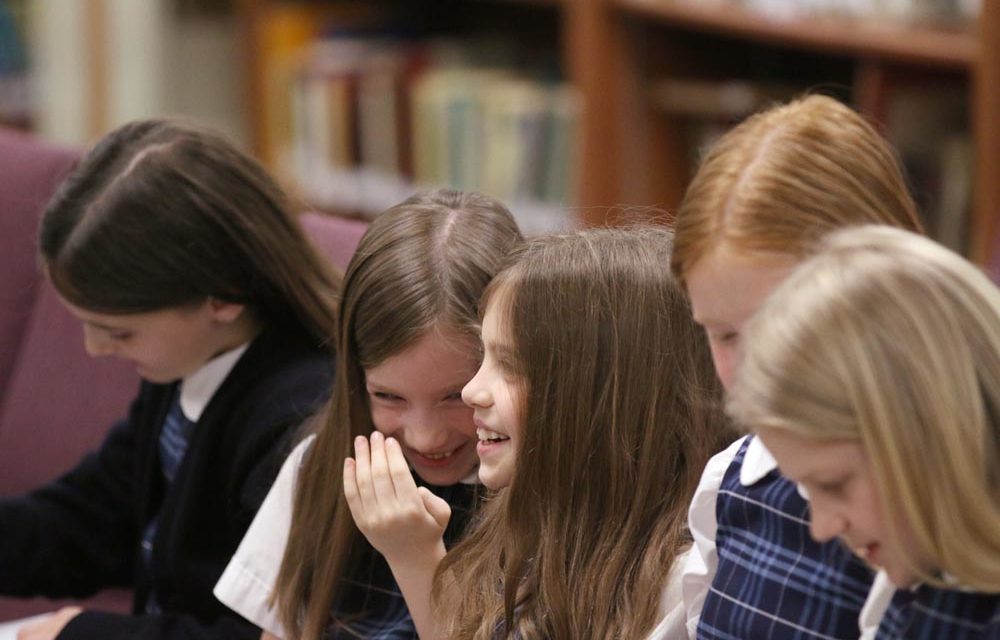 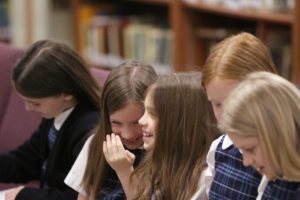 Last year, Highland Rim Academy’s survey revealed that an astonishing 97% of the families found the school by word-of-mouth.The following stories reveal what a chance meeting can mean in the life of a child.

“It happened when my daughter Sage transitioned into middle school. She was very shy and felt lost in her large class sizes. With 42 kids in each class, and several classes a day, many of her teachers never even learned her name. I felt so defeated and cried out to God for help.
He answered.
“A complete stranger approached me at church one day and asked if I had heard of Liberty Classical Academy. I told her I hadn’t, she began to tell me what a wonderful school it was. She explained that it was a nurturing school, where teachers cared about their students. Later that evening, I wondered how I, as a single mom, could afford this high quality school. It sounded great, but I was already living paycheck to paycheck.
“A few days later, I was driving home from work, and I noticed that the car in front of me had a Liberty Classical bumper sticker on it. The next morning in my usual work parking spot, when I got out of my car I noticed that same car was parked right next to me. I couldn’t believe it. So, that day I called Liberty and set up a tour.
“I wanted to sign up immediately. After Sage visited for a day, she begged me to go to Liberty. I started the process of enrollment and, to my amazement, my finances unexpectedly changed that very month. I had exactly what I needed for Sage to attend.”

Amy first heard of Mars Hill at the gym, when another mom, Emily, began working out beside her. The women began to chat, and Emily began telling Amy about her son’s successful experience, and appreciation of classical Christian education. Amy enrolled her daughter the next year.
Another mother of Mars Hill Academy, Michaux, found herself disgruntled with the public education system. After confiding her discontent to a friend, her friend casually mentioned “Mars Hill something, where they sing.” Intrigued, Michaux began researching the school. Six years later, Michaux is an employee of the school, and her eldest is a senior.

Aleta Johnson struck up a conversation at the park with strangers while their kids played together on the playground. They began discussing classical Christian education. At the time, the Johnsons did not have strong convictions about education and never intended to see that family again. But, a seed was planted, and, seven years later, the Johnsons and that family founded Agape Christi, a classical Christian school in Eden Prairie. The school is in its fifth year.