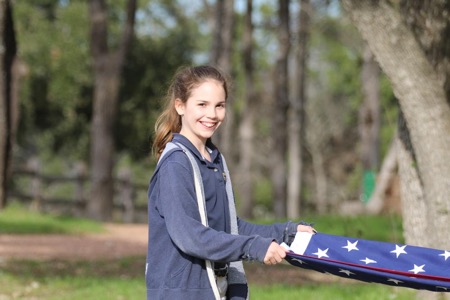 A poet of culture

The end then of learning is to repair the ruins of our first parents by regaining to know God aright, and out of that knowledge to love him, to imitate him, to be like him, as we may the nearest by possessing our souls of true virtue, which being united to the heavenly grace of faith makes up the highest perfection.
—John Milton

This is a rich sentence—“out of that knowledge . . . to imitate him.”

What does it mean when we come to grips with the fact that God is a poet? We have forgotten where such an assertion might have come from. The Greek word “poiein” means “to create.” That resulted in “poietes,” meaning “maker or poet,” which made its way down to English via Old French. We find a related word in Ephesians 2:10: “For we are his workmanship, created in Christ Jesus unto good works, which God hath before ordained that we should walk in them” (Eph. 2:10). The word rendered by the Authorized Version as “workmanship” is “poiema.” We are God’s art project. We are His poem. We are His sculpture. We are His novel.

Unpacking this further, we see that we are a good work that is intended to do good works ourselves. We are made, and we are made to make. We are created, and we are created to create. This is what lies behind Tolkien’s great understanding of artistic achievement as something that he called “sub-creation.” Only God creates ex nihilo, but we were created in order to shape, order, and mold pre-existing materials into something new. In the beginning, God created creators.

The disordered and chaotic state of modern and postmodern artistic “shaping” is the result of man trying to create de novo, out of nothing. This is the result of man wanting to be the Creator. But he cannot do this. Remember what Milton said about imitation. For man to fulfill his calling as a creator, he must be a sub-creator. He must do what he does in imitation of God, in true humility. He must accept his position in the world as a creature, and only then will he be liberated to become a real creator.

So part of the difficulty in the work of true educational restoration is that we have lost so much. We are trying to remodel the ruins of a great mansion. Not only are we not able to detect the outlines of the original from the ruin—forso much has collapsed—but we have also lost the blueprints.

Or rather, we have been deceived into thinking we have lost the blueprints. But in the Scriptures, we have everything we need and more. But in order to really learn from Scripture, we have to stop listening to those who have persuaded us that the only thing the Bible can do (if it can do anything) is tell you how to get to heaven when you die. The next time you read through Scripture (and it should be soon), attune your ear this way. More often than not, when you read the words “thus saith the Lord,” what follows that phrase will be poetry.

At New Saint Andrews College, our central mission is to graduate leaders who shape culture. In short, we are seeking to graduate poets of culture—poets who have been equipped to work in different media—marble, oils, words, software, blueprints, healing, building, textiles, and eggs. Not only is this the goal of a true classical and Christian college, it is also necessarily the goal of every self-aware classical and Christian school in the country. This is what we are about.

Poets of culture are not those who can make it rhyme. They are the ones who make it scan, who give it shape. And in our current shapeless generation, the need for what we are seeking to recover is an urgent one.

DOUGLAS WILSON is the minister of Christ Church in Moscow, Idaho. He is a founding board member of both Logos School and New Saint Andrews College, and serves as an instructor at Greyfriars Hall, a ministerial training program at Christ Church. He is the author of numerous books on classical Christian education, the family, and the Reformed faith.